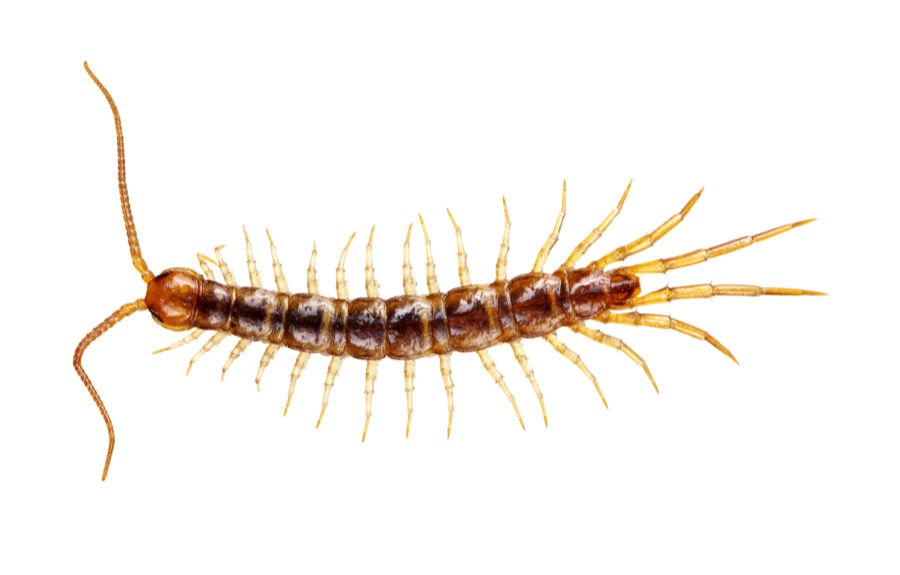 What is a Centipede and what does it look like?

These worm-like bugs are distinctive for their slender bodies and long legs. Centipedes are often mistakenly known for having a hundred legs. However, they actually have anywhere from 15 to 177 pairs of legs. It is not clear why, but they always have odd pairs of legs.

What are the signs of a centipede infestation?

Centipedes are often seen at night. Their diet consists of small insects, including flies, ants, and spiders. They can also feed on leaves and plants. It is common to spot centipedes scavenging for food scraps in the trash can, or hiding under leaves and stones.

Centipedes are not dangerous, but they have the potential to bite if handled roughly. Their bite is often described as being similar to the sting of a bee. Other than that, centipedes are mostly a nuisance pest, rather than a reason for concern.

Get a Quick Quote on
Centipede Control

Complete the form below to receive a service estimate online.

"Just wanted to say thank you for the amazing service today from when I called your office until the tech arrived. Overall your company and everyone I dealt with was very professional and informative about my situation""Anchor knows what they're doing. We called the local guy and it made our problem even worse. We will tell our friends about Anchor.""The tech was really nice and helped us understand how we got the infestation and how we could prevent it from happening again. A+""Thanks Carmen!! We made it through the worst week of our lives thanks to Anchor. Bed bugs are all gone now, thank goodness we have Anchor!""Thank you for helping out our strip mall. My tenants are probably more grateful than I am!"