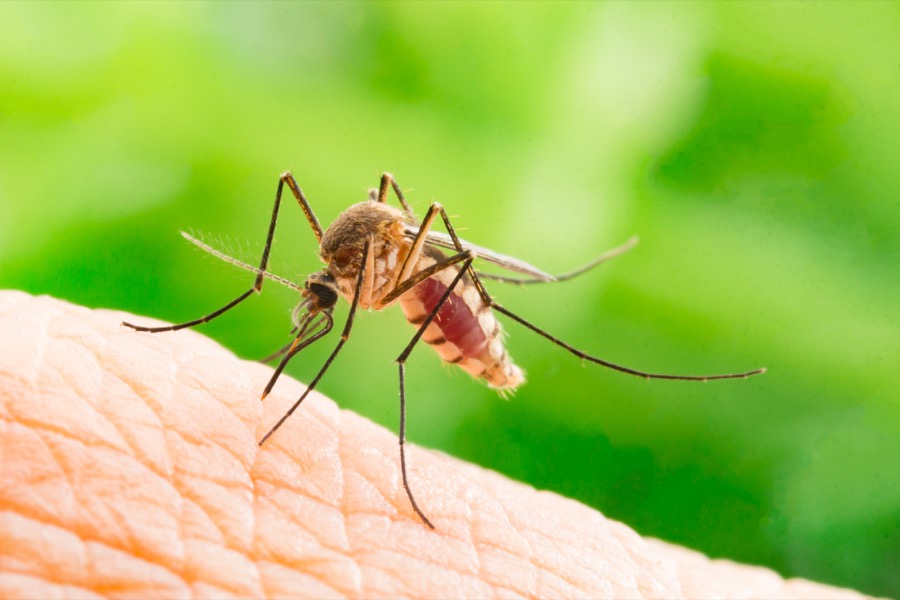 What are Mosquitoes and what do they look like?

Mosquitos are among the most prominent pests in the world. They target humans, pets, and other animals, feeding off their blood. Mosquitos seem to thrive in a wide variety of environments, although they prefer to dwell near water sources in hotter areas. They don't deal well with cold weather and dry settings.

Mosquitos bites can cause itchy marks, that can sometimes grow as wide as two inches. Bites often prompt scratching, which could lead to infection, liquid pus and other issues. Mosquitos might be mistaken for flies, but they have longer, narrower wings, as well as a straw-like proboscis, with which they feed off their victims.

What are the signs of a mosquito infestation?

Mosquitos are easy to see, because they often fly around people, trying to bite them. Their buzzing noise can be very loud and easy to hear whenever they fly close-by. Even when mosquitos aren't directly observed, people might be alerted to their presence upon noticing mosquito bites.

Mosquitos thrive in wet environments, and this is the reason why they are commonly found in standing water or ponds. In some cases, it may be possible to see mosquito larvae in the water.

Mosquito infestations can be dangerous. For most people, their bites are not immediate threats, but to others, they can cause hazardous allergic reactions. In addition to that, aggressive itch from mosquito bites can cause infected wounds. Mosquitos can also spread many diseases and viruses through their bites, including very dangerous ailments such as the Zika virus or Malaria, among others.

Get a Quick Quote on
Mosquito Control

Complete the form below to receive a service estimate online.

"Just wanted to say thank you for the amazing service today from when I called your office until the tech arrived. Overall your company and everyone I dealt with was very professional and informative about my situation""Anchor knows what they're doing. We called the local guy and it made our problem even worse. We will tell our friends about Anchor.""The tech was really nice and helped us understand how we got the infestation and how we could prevent it from happening again. A+""Thanks Carmen!! We made it through the worst week of our lives thanks to Anchor. Bed bugs are all gone now, thank goodness we have Anchor!""Thank you for helping out our strip mall. My tenants are probably more grateful than I am!"