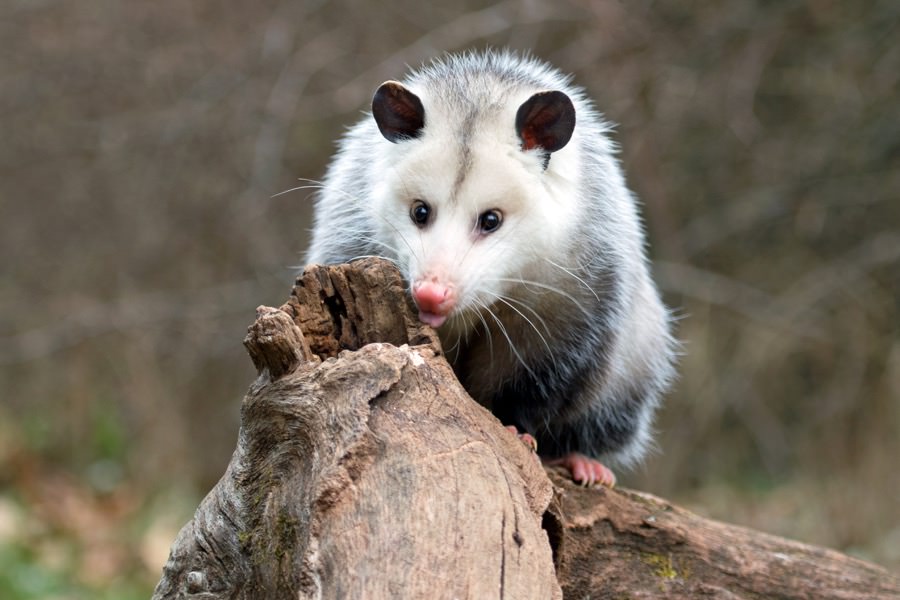 What is a possum and what does it look like?

A possum (or "Opossum") is a small mammal endemic to North America and South America. Usually, these marsupials can grow up to the size of a house cat, and they conduct an omnivore diet, meaning that they can feed on plants, insects and other small animals alike. They are generally harmless if undisturbed, but they might hiss when they feel threatened, as well as playing dead and secreting a foul smell, to pretend that they are sick or decaying, warding off other predators.

"Playing dead" is not a voluntary behavior, but a spontaneous reaction for possums. When they are in that psycho-physical state, they won't respond to physical stimuli, such as being touched or handled. They will only become aware of their surroundings once they slip back in their normal state.

What are the signs of a possum infestation?

Possums might leave some traces behind, including trampled up plants or damaged leaves, which the animal love to eat. They can often take up residence in tree crevices, burrows, brush piles or other nooks. Possums are known to eat pet food left outside, so they might visit a yard or garden frequently because they know that they will find food there. Pet owners concerned about possums should refrain from keeping pet food outside around the clock and only feed their pets when needed.

Possums are generally do not attack humans or pets, but they can become a nuisance for homeowners because they can feed on certain garden plants or trample all over them. In addition to that, they can make a mess out of garbage bags and tip over trash bin while looking for food at night. In some cases, possums carry diseases such as leptospirosis, tuberculosis, and trichomoniasis, to name a few. They may also be infested with fleas, ticks, mites, and lice. Therefore if you find a possum around your property, it's best to have it removed by a professional.