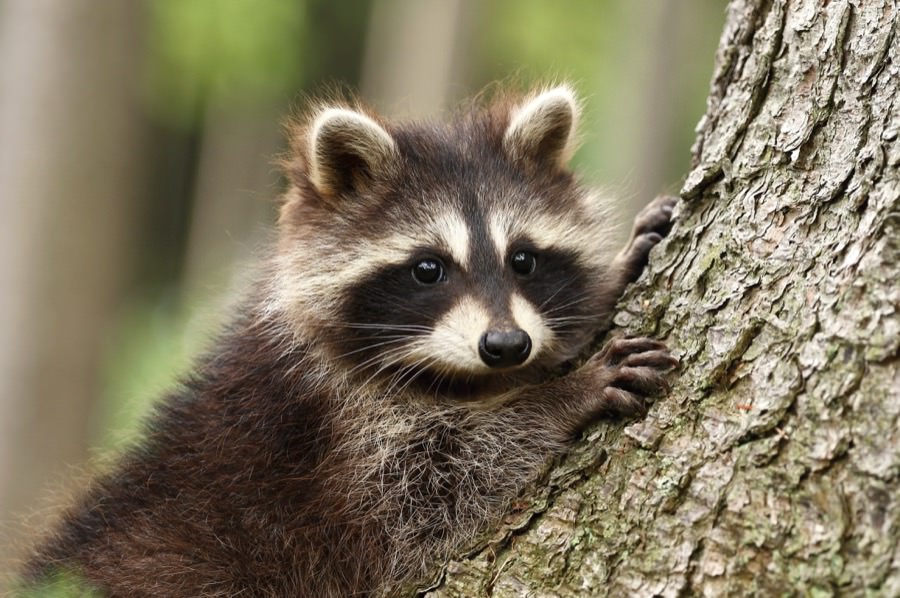 What is a raccoon and what does it look like?

Raccoons are common in suburban and urban communities alike. They are usually found feeding on scraps and garbage, and people often see them scavenging whatever they can from trash cans and bins.

What are the signs of a raccoon infestation?

Raccoons are mostly active at night. While it might be difficult to spot them directly, it can be possible to hear them sneaking around, or disturbing pets such as cats and dogs, in your yard. In addition to that, it might be possible wake up to find trash all over the backyard, since these animals look for food in garbage containers. Raccoons can easily rip garbage back open, but even if you neatly keep your garbage bags in a plastic bin, they might be able to tip it over. For this reason, some homeowners prefer to use ties and other measures to prevent raccoons from getting to the garbage in the bins, even when they do manage to tip them over.

Most raccoons are not dangerous per se, although some of them can be large. They can become a nuisance for pet owners who leave their animals outdoors because raccoons can attack them. In addition to that, one of the most common issues with raccoons is that they can turn really mangle up rubbish and make an absolute mess. To find food and leftovers, they tip trashcans over, rip garbage bags and spread trash everywhere. The "vandalized" trash can be hard and time-consuming to clean up.

However, in some cases, raccoons can carry several diseases including, rabies, roundworm, and leptospirosis, which can be transmitted to humans and pets.